In addition to charting where defendant, Charles Ray Merritt was at given times, investigators also utilized phone records to document the number of phone “contacts” between victim Joseph McStay and the defendant.

Long time bloggers to the case will notice a discrepancy between the number of contacts Special Agent Kevin Boles reports, and those numbers that have been available to the general public, almost since the start of this case.  These publicized numbers were had by way of a cell phone log, published on-line, and purported to be that of Joseph McStay.

There were different versions of the McStay cell phone-log published. I at one point downloaded a version that starts on November 19, 2010 and stops on February 4, 2010.

(I have posted a very rough version of this charting below.)

Cell Phone Contacts between McStay and Merritt recorded on the Cell Phone log I have are as follows:

(Boles reports 27 Contacts between the two men on this day.)

I don’t know why there is such a large discrepancy.  Boles reports 27 contacts between the two men on the 4th, 13 more than I have on my phone log for that day, perhaps some of these are by way of McStay’s landline, and not reflected on J. McStay’s cell phone log.

What I truly don’t understand though, is how Boles’ gets a smaller number of contacts for the time period of January 15 thru Feb 3. He counts 123 contacts, my records reflect that there were 214.

This could be a perfect example of how those of us in the blogging world need to always keep in mind that the information we get has not been verified and may well be faulty. Or this could be a case of someone in LE getting their numbers just a little wrong.

Won’t know until trial, but it is curious. 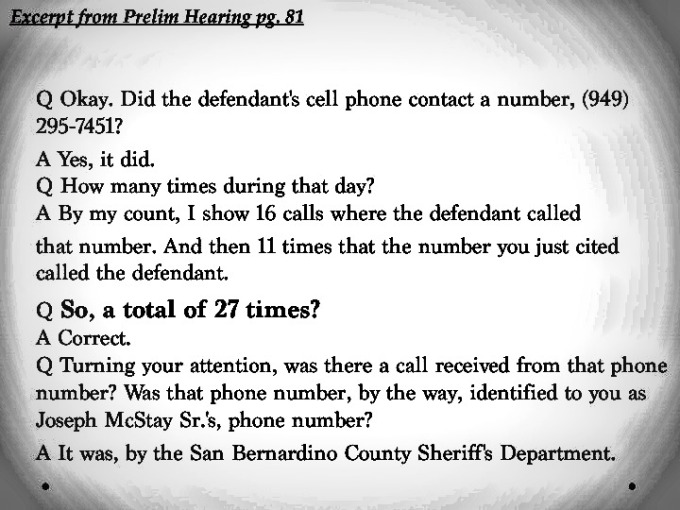 The calendars below show call patterns between Joseph McStay and Charles Merritt from November 19, 2009 thru to February 4th , 2010.  The circled numbers are the total number of contacts. The numbers below the circled numbers represent who initiated the call.  (J=Joseph; C=Chase)  Note that on November 23 Chase’s intiated calls are missing from the tally. He initiated 9 calls to Joseph that day. 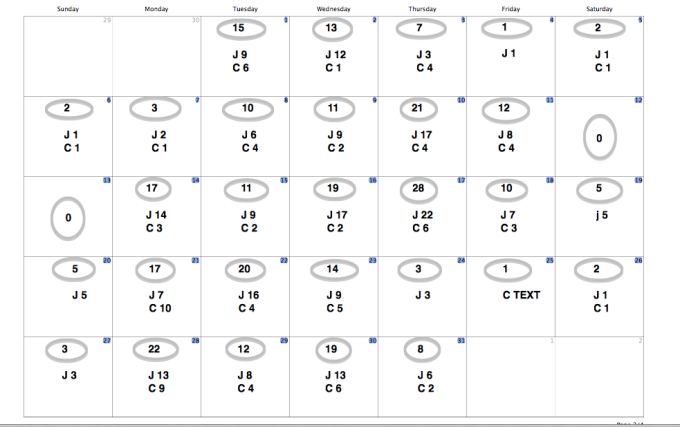 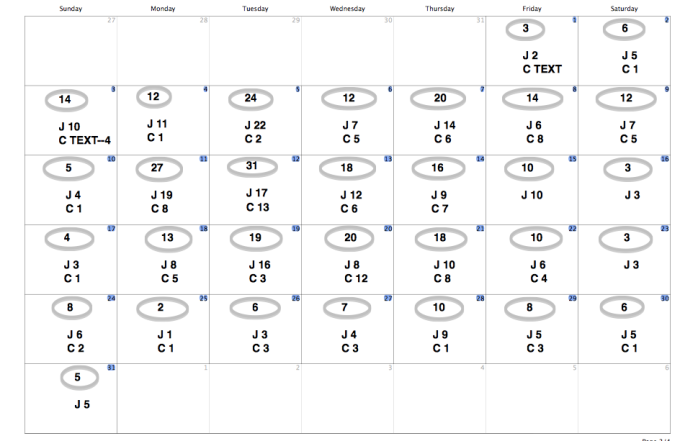 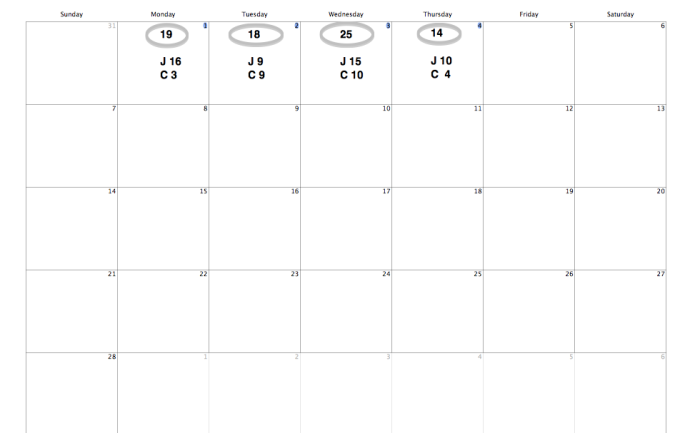