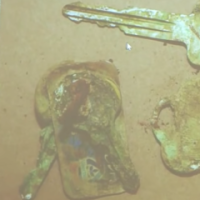 The Trial of Charles Ray Merritt 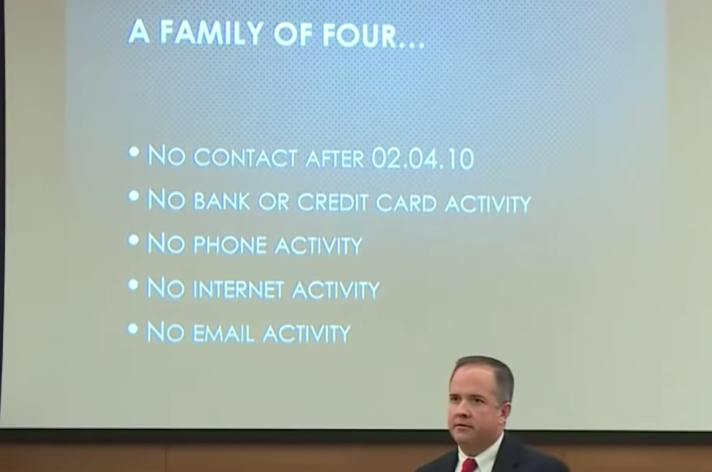 According to law enforcement the last known communication by anyone from the McStay family was a call from Joseph McStay (cell phone) to Chase Merritt (cell phone) at 8:28 PM February 4, 2010.

But can we be certain that this is 100% accurate?

There is a laptop missing from the home, that the DA does not dispute is missing.  Is there communication from this device occurring after 8:28 PM?

Landline records are not always reliable.  In fact, I’ve seen cases where landline records were absent outgoing calls-calls that were only known because the cell phone records of those receiving the calls, were available.  Could there have been a phone call made or received by way of the McStay landline after 8:28 PM?

Add to this, Joseph McStay’s phone records often had him going “dark” around 8ish at night, and not getting back on his cell phone until around 8 the next morning, sometimes later.  (Summer’s phone records have never been made public, not even at trial, so we can’t know what her phone habits were.) Is it possible that the McStays simply didn’t use their devices the morning of the 5th, prior to being interfered with?

(And I use the expression “interfered with” because we actually don’t know if the family was abducted and then killed, or lured some place outside their home and killed, or killed in their home-which there is no viable evidence of-but this is the state’s contention-all we know is that at some point they were interfered with, to the extent that they could no longer call or use their computers or credit cards.)

Below is an excerpt from a previously published version of Joseph McStay’s phone log-published on-line prior to the McStays being found.  Though its accuracy is not absolutely verified, it does appear consistent with phone logs viewed at trial. And if you look at Joseph McStay’s phone habits, it is not unusual at all for there to be 12 hour dark periods.

An indication that the McStays may have been initially interfered with the morning of the 5th, rather than the evening of the 4th, are that there were no lights, but one on, in the home when entered into nearly two weeks after the McStays were thought to go missing.

The only light was a desktop lamp in the “den” or office used predominantly by Joseph McStay.  That light was thought to be always left on for the children’s sake. It was kind of a night-light that when the children would come downstairs, would guide them to the kitchen if they were looking for a glass of water.  And though it’s not clear why the light would have been on during the day, according to Chase Merrit’s memory, it was on even then.

If there were no lights left on in the home (but for that one desktop light) then it might seem as if the McStays were ambushed in their home, in the daylight hours when lights might not need to be turned on.

Or the killers turned lights off before departing.  There is early morning computer activity on February 8 (2AM – 3AM), so possibly someone did enter the home, turned a few lights on, and judiciously turned them off so as to obscure their middle-of-the-night-intrusion.

But, still, the lights might factor in…hard to know.

Food left out seems consistent with morning activity. There is coffee freshly made. And a coffee cup on a table.  Eggs are out on the counter.  And though there is popcorn made as well, there are pictures of the children eating popcorn in the morning found in the McStay photo archives, so it is possible that this treat was not just reserved for movie-watching at night, but was seen as a healthy snack for all hours.

There were also toothbrushes out on kitchen counters…

The dogs were outside when found, so it is possible that they had just been let out the morning of the 5th?

The clothing that the victims were found in, or that was found near to them in the graves, could have been morning indoor attire-or perhaps what they slept in.  It might also have been worn outside the home.  The McStays did live in Southern California, where even on cold days, one can get away with pretty casual clothing. Although, heavy rains were expected for Friday the 5th.

Other indicators that the family may have been interfered with the morning of February 5th, as opposed to the night of the 4th, is what was found in the family Trooper.

Joseph McStay is documented to have been away from his home most of Thursday, leaving Summer with the kids.  And pictures taken near the time of their murders show Summer in the Dodge (the other McStay vehicle) with carseats and children in those seats.  So the fact that the child carseats are found in the Trooper when that vehicle is discovered abandoned in the San Ysidro parking lot, might well indicate that those carseats were moved AFTER Joseph returned from his meetings with Chase on the 4th.

If those carseats were, indeed, moved from the Dodge to the Trooper, the likely time that this occurred would have been Friday morning. This assertion is supported by the fact that phone pings show Joseph McStay returning from his meeting with Chase on the 4th, and immediately getting on his desktop computer once home and phoning Chase at that time (Joseph had signed onto Sketch-Up which is a program that he used for designing the custom water features he sold). There wouldn’t have been any time then for Joseph, to have moved the carseats from the Dodge to the Trooper, then.  Although, Summer might have done this.  But why?  There is no indication that the McStays left the home that evening.

Joseph is on his computer well into the evening, and if the McStays were killed prior to the 7:56PM computer activity on Quickbooks, then there hardly seems time to move the carseats prior to that activity. (I guess one can speculate that the killers performed the transfer, but why would they?)

If the McStays were alive through the evening of February 4, then the carseats might have been moved later that night.  But given how cold it was in the evenings that time of year, and how early it got dark (around 5ish), it seems more likely that the carseats weren’t moved until the morning of the 5th.

The other indicator that the McStays survived until the morning of the 5th, is that also found in the abandoned Trooper is a coffee travel mug, with coffee in it. And a glass bottle filled with water in the front cup holders-both of which have only Joseph’s DNA on the rims.

Was there a plan to take a morning outing with the kids, perhaps before the rain came?

Did one or both parents do this?

Did Joseph take the kids out, only to return home to a nightmare?

Keys to the Trooper, the home and to some type of padlocks were found in the BACK pocket of Joseph’s sweat-type slacks (and for those not familiar with the details on this case, Joseph was found wrapped in a blanket, an electric cord and ratchet ties securing the blanket to him).

Most people discard keys when they enter their home.  The only reason I can think of that those keys would be in a back pocket is if someone were coming in from their vehicle, or on their way to it.(FYI: the McStays had most of their belongings stored in Pods, which require padlocks)

Speculation has been made by investigators on this case that the keys to padlocks, found in Joseph’s BACK pocket (and one in the front pocket), were for a lock to the shared storage unit that was located in Pomona, Ca., a unit where both Chase and Joseph kept supplies for their custom water feature work together.  But there is no evidence to determine which padlocks these keys went to.  And there is no evidence of Joseph McStay venturing to the storage unit on February 4th (and certainly no record of this occurring on the 5th).

This all brings us to the one of the theories put forward by the prosecution at the June 15, 2015 preliminary hearing.:

That Joseph came home from the meeting with Chase, and that an hour or so later Chase speaks to Joseph for the last time, at 5:48 PM.  Speeds from his residence in Rancho Cucamonga, to the McStay residence in Fallbrook.  Bludgeons everyone in the McStay home to death. And bundles Joseph up in a blanket for transport to the graves, along with all the other victims-who for reason not explained, Chase does not package up.

We know that Joseph is on his desktop computer immediately upon returning home at 4:18PM, looking at Sketch-up, and on the phone with Chase.  If by the time Chase is supposed to have arrived at the McStay home, close to 7PM (allowing him time to get into his truck and travel the hour or so distance between the homes), WHY would Joseph STILL have keys to his home and to the Trooper in his back pocket?

Who sits at a computer with keys in their back pocket?